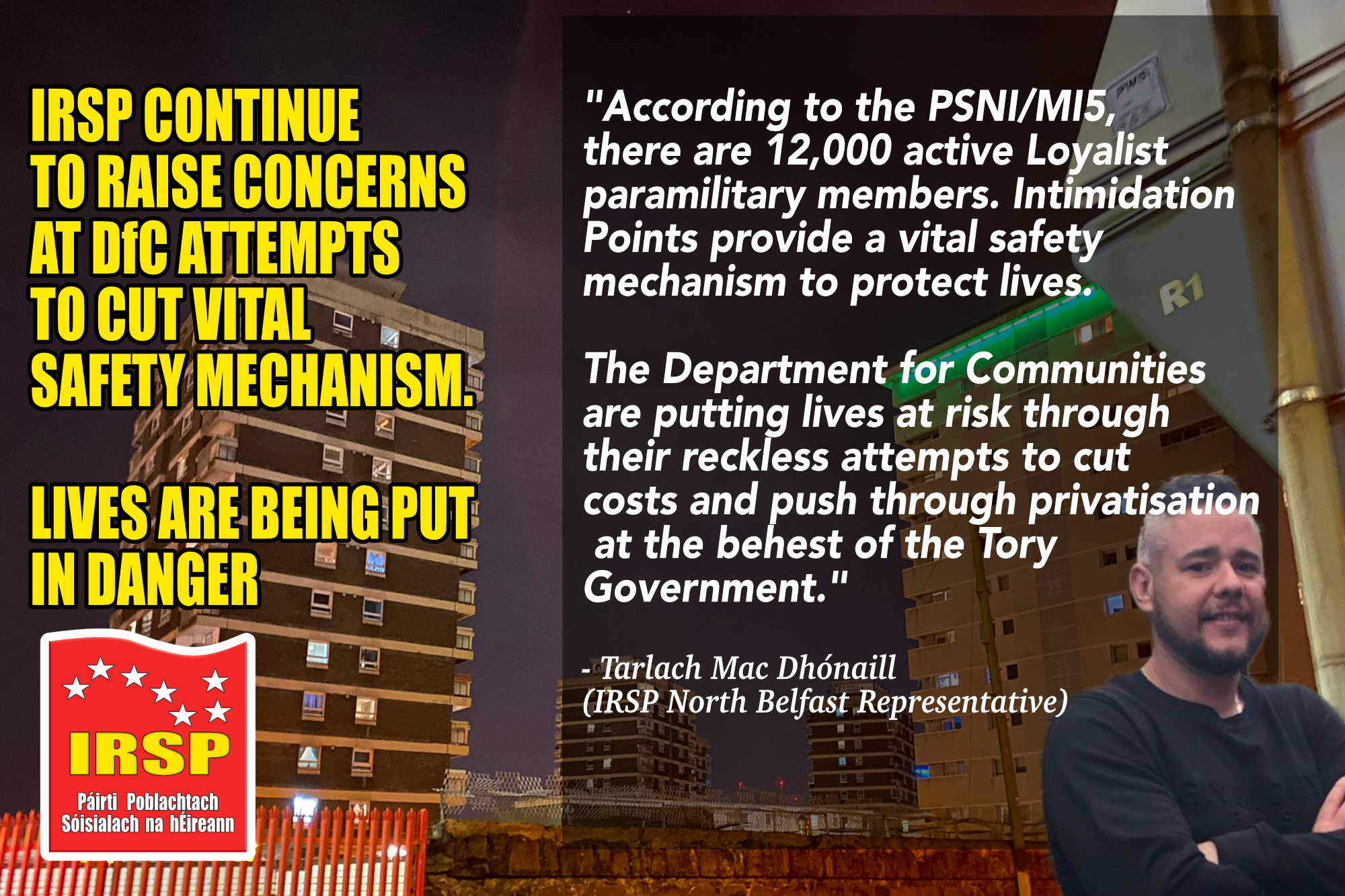 Belfast Housing Activst and North Belfast IRSP Representative Tarlach Mac Dhónaill has said, “There are 12,000 people on the waiting list for social housing in Belfast; Social housing is in crisis. A review conducted by the department for communities to amend this crisis focuses upon exploitation of the housing selection scheme. For example; whenever a new development arises; reports of paramilitary intimidation follow suit. To combat this the Dept for Communities attempted to abolish intimidation points completely which, in the environment listed above,  is completely unacceptable.”

During the initial review process, the IRSP publicly challenged attempts by the DfC to abolish intimidation points. Our concerns were echoed by NIACRO in their response to the final review which was presented by Deirdre Hargey in December. “We have witnessed recent examples where individuals chose to remain following a threat, which resulted in physical injury and significant property damage.”

When the IRSP spoke out in 2018, nobody responded and lives were placed in immediate danger.  We consistently stood with the victims of intimidation both in PUL and CNR communities. The record of our commitment to victims was recorded in the media and is evidenced by the new homes which our support helped attain for victims.

Tarlach went on to say, “While we welcome many components of the fundamental review of social housing published by minister Hargey and accept that fundamental change is necessary to amend the current crisis, we are cognisant of the fact that the minister in charge is also pursuing a privatisation agenda that aims to abolish the housing executive completely and render the housing selection scheme obsolete. The IRSP vehemently oppose this agenda and were the first to challenge it.”

End of Intimidation Points is placing Lives in Danger

Family forced to live in life-threatening conditions due to ‘’criminal negligence’’ of Housing Exec & Smart Move.

by IRSP Admin for Housing Crisis
In previous weeks, the IRSP in Belfast were contacted in relation to a housing issue…

"The Irish Republic is entitled to, and hereby claims, the allegiance of every Irishman and…