End of Intimidation Points is placing Lives in Danger 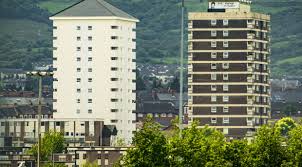 ***End of intimidation points is placing lives in danger***

North Belfast I.R.S.P representative Tarlach Mac Dhónaill has spoken with housing executive management, as well as with representatives of base 2 and housing rights in recent months. Speaking today he said “I am gravely concerned by a number of cases presently. In one case a single mother was told by the housing executive that she is not eligible for intimidation points and is safe to return to her home. The mother was forced from her home by an armed gang. Her home was subsequently ransacked and wrecked. Both base 2 and alternatives confirm that a live, legitimate and viable paramilitary threat exists over this lady. When I questioned the housing executive they told me that although they accept base 2’s report, the PSNI has intervened and informed their management that there is no threat, Mac Dhónaill continues “If this woman returns to her former home, and is then attacked, I wonder would a civil servant in the housing executive accept any responsibility for that attack because it is their names attached to these erroneous letters”.

The P.S.N.I are not only undermining base 2 and placing the housing executive in an impossible position here, but in an intelligence led drive that seeks to force home the fresh start agreement, the P.S.N.I are deliberately placing people, who are already under threat in further peril. It is time this situation was called out and stopped. The I.R.S.P will continue to pursue clarity on this issue.

Take to the Streets for Irish Unity’. 2019 referendum rally to be announced at forthcoming Belfast meeting

by IRSP Admin for Uncategorized
CAPITA, the private company who run the government’s disability assessments has been forced to close…