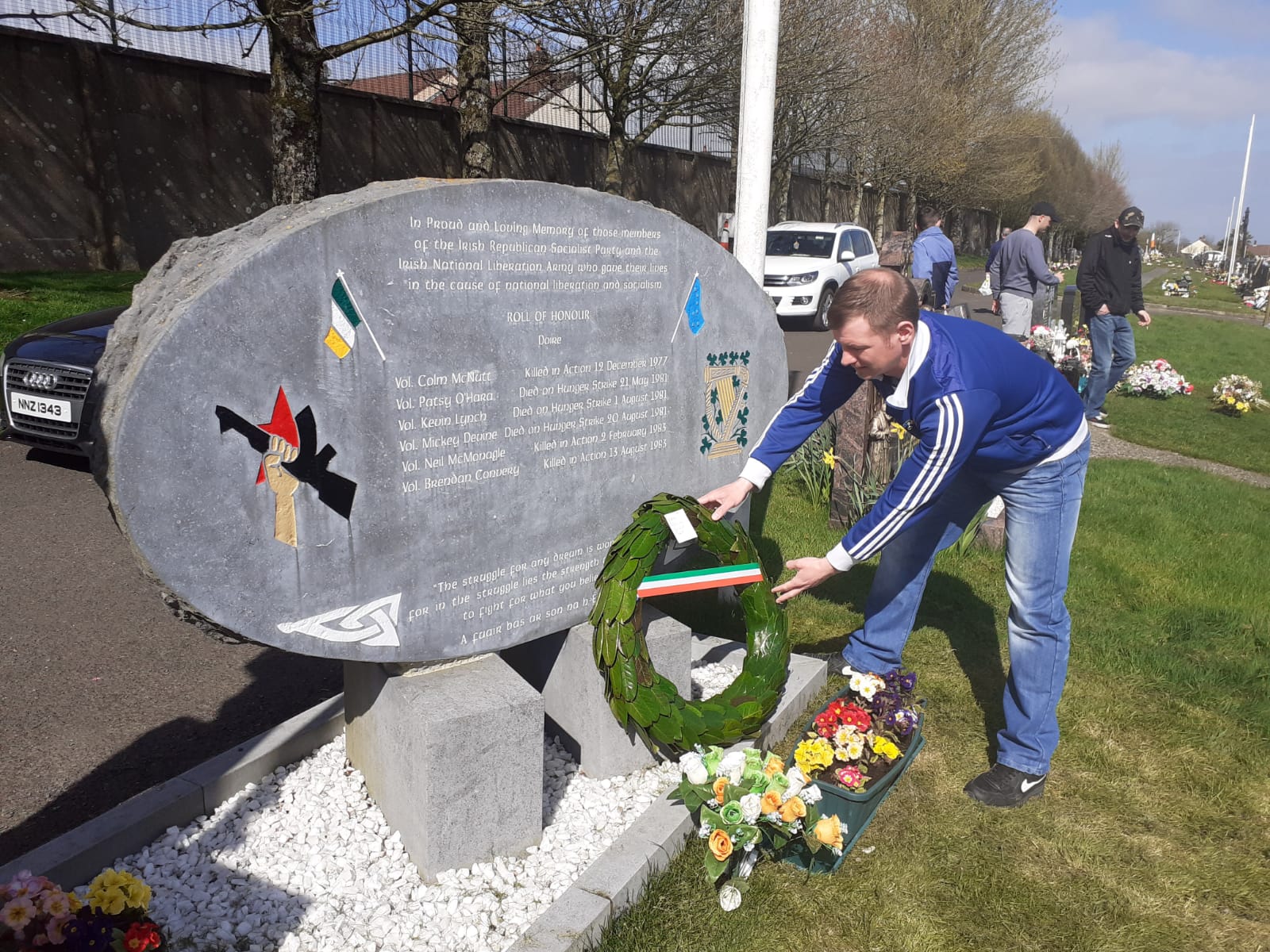 Over the Easter weekend, the IRSP held a number of private wreath laying commemorations, rounded up by a pre-recorded Easter Broadcast from the IRSM plot at Milltown Cemetery in Belfast.

Separate commemorations were held across the country in Cork, Dublin, Limerick, Derry, Dungiven, South Derry, Belfast and Newry as the Republican Socialist family gathered to remember all those who gave their lives for National Liberation and Socialism in Ireland.

The main oration was delivered by Michael Kelly, he spoke about the ongoing work of the party throughout the year including our ongoing campaign against landlordism and with special mention to ongoing attempts to privatise public housing in the North, reaffirming our commitment oppose this.

The IRSP reaffirmed our support for the Yes For Unity campaign, although stating that the IRSM have other alternatives if the Border Poll campaign doesn’t work.

We would like to thank the Republican Socialist family, not just in Ireland but across the world for their ongoing support during this time, and we send our thoughts to the families of our fallen comrades who we remember with such pride during this time.

The IRSP have experienced a huge increase in membership and activity throughout the past year, we are now organised in dozens of working class areas across Ireland and we continue to build the party under the solid political principles of James Connolly and Seamus Costello.

by IRSP Admin for Commemorations
Friends and Comrades, We gather here every Easter to pay tribute to, and honour all those…

Friends and comrades, I would like to welcome you to our online Easter commemoration for…

The IRSP urge parents to closely monitor their children as interface violence continues to escalate.…