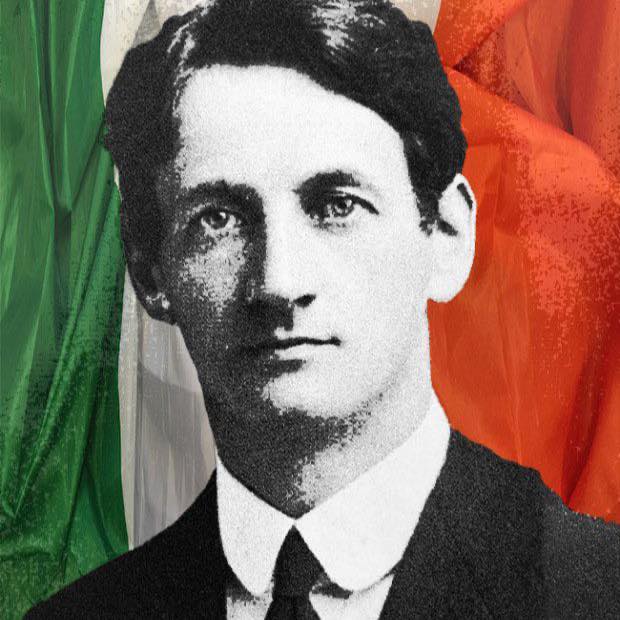 The IRSP remembers on this day, the sacrifice of Terence MacSwiney, the Lord Mayor of Cork, who gave his life after 74 days on Hunger Strike in an English prison. Terence MacSwiney’s influence and inspiration has been felt by generations who have struggled since for freedom in Ireland. But he does not need to be lionised or mythologised. He was born and raised in unenviable circumstances, working full time whilst studying from a young age to support his family. He had a creative flare as a playwright, embodying the characteristics of stoicisim, creativity and a sharp intellect. But like those who he joined in struggle, both his contemporaries and the generations before and after him, he saw the oppression of the people of Ireland, and took action against it.

Terence had an astute political mind and inspired those around him. He witnessed the destruction wrought on this land by British imperialism, and was determined to sacrifice all for freedom. Like many of his comrades in Cork at that time he was active in every aspect of resistance. He was imprisoned on a number of occasions both in Ireland and England, during which time he married his wife, he wrote and published literature in support of the cause, and he was elected by his people on the basis of his determination to see the establishment of an Irish Republic, later becoming Lord Mayor of Cork.

Terence MacSwiney was imprisoned by the British for the same reason that they murdered his predecessor Tomás MacCurtain: they feared his ability and determination, and believed that by murder and imprisonment they could subdue him and the whole people of Ireland. These are methods with which we are all too familiar. Dying after 74 agonising days on Hunger Strike, Terence MacSwiney, like the Hunger Strikers who followed him, including ones from this very movement, proved that no such measures would suffice. We must acknowledge that his sacrifice has still not lead to the blossoming of an Ireland which he and his comrades envisaged. We still face British imperialism and capitalism which impoverishes the people of Ireland so that a few may prosper. More importantly however we must acknowledge that his example of persevering at all costs is what will see us through in achieving an Ireland free from imperialism and the system of oppression for which it acts as a lynch pin.

The Story behind the 1981 Hunger Striker’s Crucifix

by IRSP Admin for Uncategorized
In the midst of the 1981 Hunger Strike, Margaret Thatcher lobbied the Catholic church to…

IRSP in Newry Will Oppose Eviction Threats on Families