Stephen Cummins, a spokesperson for IRSP Átha Cliath stated on the 19th of October that:

“The Irish republican socialist party began its Boycott Topaz campaign which billionaire and capitalist Denis O’Brian added to his capitalist portfolio. The Topaz Group was purchased by Mr O’Brien using his Kendrick Investments Ltd, an Isle of Man company.  Denis O’Brien company GMC/Sierra are the main contractors for the installation of water meters in Ireland, many people simply don’t understand that by pumping their hard earned wages through Topaz garages for their daily fuel they are funding the very same companies that they are protesting against daily.

Join us every Saturday at 12 at the Topaz garages. Will will inform every body on our social media the location of the garages we intend to protest at each week. All groups and political activists welcome as well as political material.”

Denis O’Brien is listed in the Forbes Magazine ‘Rich list’ as number 283 of the world’s richest Billionaires.  As of today,3.55pm, 25/10/2014, his Real Time Net Worth is  $5.1 Billion!  O’Brien who describes himself as ‘the son of an activist’ says he ‘tries to operate on an 80%-business, 20%-philanthropy ethic’ .“We’re not robber barons,” he says. “We never want to be seen as someone that rips off countries.”  Obviously the citizens of Ireland and elsewhere would strongly disagree with his glowing self-description which, to put it mildly is BULLSHIT! 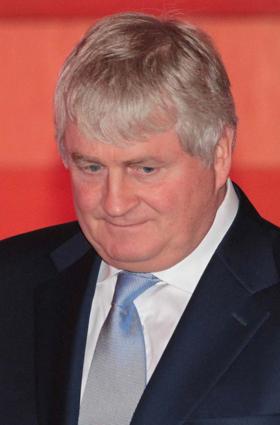 To quote the very apt words of the the late, great Seamus Costello, co-founder of the Irish Republican Socialist Movement:

“in the long term, the lessons of history show that the robber baron must be disestablished by the same methods that he used to enrich himself and retain his ill-gotten gains, namely, force of arms. To this end we must organise, train and maintain a disciplined armed force which will always be available to strike at the opportune moment”.

by IRSP Admin for Campaigns

by IRSP Admin for Campaigns