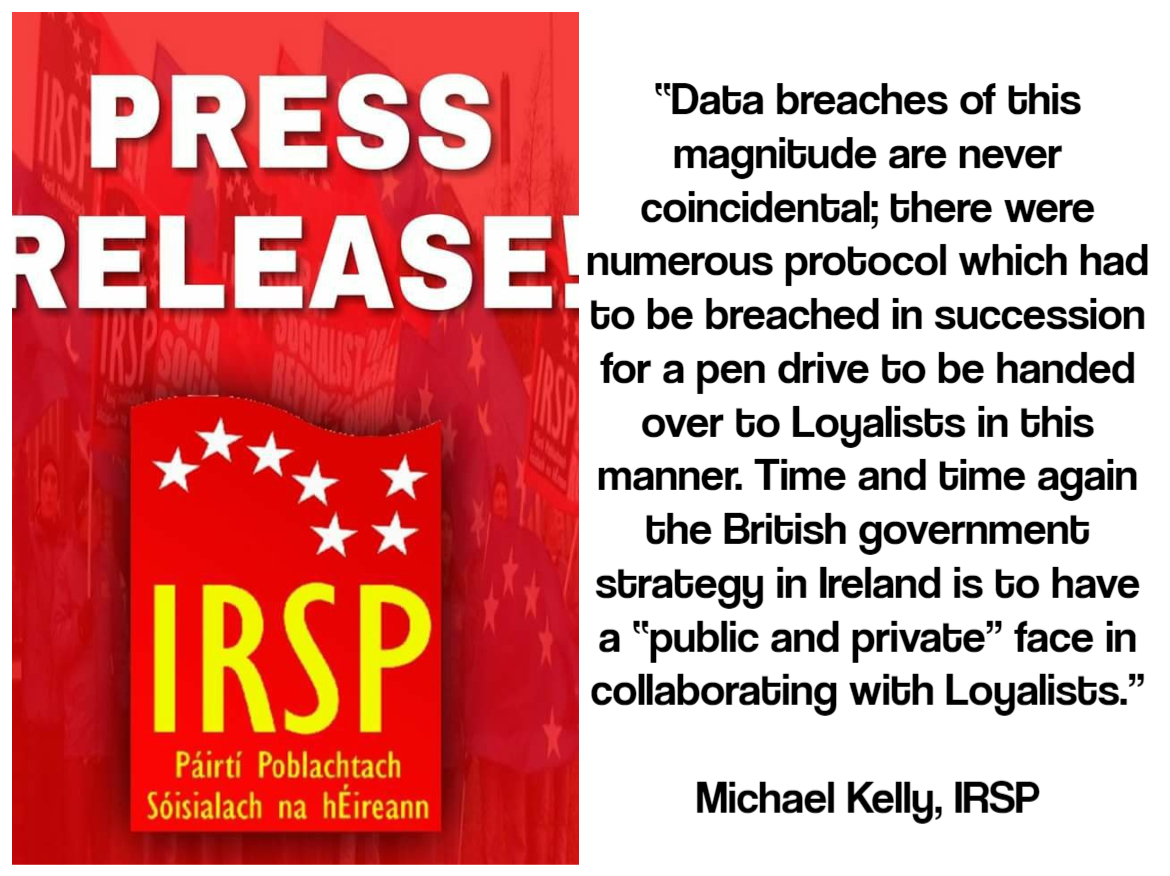 The Irish Republican Socialist Party call on the British Government to immediately disclose to those affected what information has been passed onto Loyalists by the PSNI.

Information released by the media states the data of “private citizens” has been passed onto Loyalist Paramilitaries through a Pen Drive by the PSNIs Paramilitary Crime Task Force.

IRSP spokesperson Michael Kelly said “Data breaches of this magnitude are never coincidental; there were numerous protocol which had to be breached in succession for a pen drive to be handed over to Loyalists in this manner. Time and time again the British government strategy in Ireland is to have a “public and private” face in collaborating with Loyalists.”

Mr Kelly continues “Republican Socialists and others named on the thousands of pages of data passed to Loyalists need disclosure for their own safety. People need to know if their personal data is being poured over by armed Loyalists who will no doubt use this intelligence to further their campaign of targeting nationalists and republican socialists. This is further example, if another was needed, that republican socialists should never support the armed wings of the rogue States in occupied Ireland.

Mr Kelly finishes “For Republicans, the PSNI can never be accepted as a legitimate and fully representational police service, purely because they are the embodiment of British law in occupied Ireland. They serve the Queen and not the people. The PSNI enforce British rule on our island and like any other police force in the capitalist world, protects property before people and act as an instrument of the ruling class.”

by IRSP Admin for Uncategorized
The Irish Republican Socialist Party has called the passing of its party members, and other…