New Years address from the Ard Comhairle of the IRSP. 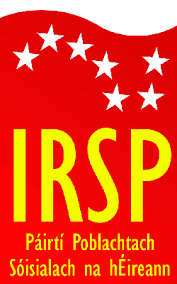 New Years address from the Ard Comhairle of the IRSP.

The Ard Comhairle of the Irish Republican Socialist Party would like to send fraternal greetings to our members, supporters and all others preparing to engage in struggle for National Liberation and Socialism both in Ireland and across the world in 2014. We would like to take this opportunity to commend the steadfast support our Republican Socialist political prisoners have shown the party throughout 2013 and to our recently released comrades who have come out of Gaol and thrown themselves into building the Republican Socialist alternative in their local communities in the face of Free State and British harassment and oppression.

For the Irish Republican Socialist Party 2013 has been a good year for political development and creating a more representative expanded collective leadership of the party. The Activist Committees created at our last Ard Fheis began to work and compliment the Ard Comhairle with every Cumann in Ireland now represented on the leadership of the party.

The IRSP have been to the forefront on many issues that faced our class in 2013. We led in opposing Stormont’s privatisation of the Housing Executive in the North, we have been vocal in calling for immediate legislation to make abortion available; free of charge and on demand, through the health services both sides of the border. The IRSP has been battling for gender equality and liberation. We have been running education events for our members and supporters building vital skills and capacity. We have acted in opposition to the establishment media’s sickening genuflecting portrayal of Thatcher. The Party has been heavily involved in commemorating and remembering the spirit of those Irishmen, Protestant and Catholic and Dissenter, who fought in the XV International Brigade by unveiling plaques and a huge mural to their memory on the International Wall in Northumberland Street, Belfast.

In 2013 the IRSP has also acted in opposition to the continued selective internment of political activists. We have highlighted the inhumane treatment of Republican political prisoners, from all groups, and will continue to do so. We have strengthened our links with our Basque and Catalan comrades by examining our shared experiences in opposing Imperialism and in prison struggle. We have internally analysed the tepid response by the revolutionary Left to the hosting of the G8 summit in occupied Irish territory. The IRSP has opposed the use of PSNI harassment and political policing; we oppose MI5s complete control over policing, prison and justice systems this is causing considerable anger within all sections of the RSM. We have opposed the right wing economic austerity measures being forced on our class by the national and international Bourgeois. We have been heavily involved in the repatriation of Irish republican political prisoner Michael Campbell. We have fought for LGBT rights, taken part in republican unity initiatives, held statutory bodies to account, taken deadly drugs of our streets, unveiled another Hunger Striker Mural in Belfast, commemorated our fallen whilst doing vast amounts of work representing the interests of our class out of our four offices in Derry, Strabane and Belfast. We are stronger going into 2014 than we where the previous year but we must not rest on our laurels. We must continue to grow the Republican Socialist alternative within your community, your workplace and from within your Union.

2014 is also a significant year for us in the IRSP as it will mark forty years since the formation of the Republican Socialist Movement. Looking back over the forty years we see sacrifice and renewal. Dozens of our comrades have given their lives in the pursuit of our political aims; many hundreds more have been imprisoned but each time this organisation has emerged stronger and more determined to reach our goals. The path of the revolutionary is not an easy one and we take inspiration from those before us who after successive violent politically inspired attacks from either state or their lackeys both armed and unarmed, this party has re-emerged and rebuilt to the dismay of our enemies in Stormont, Westminster and the Dail. Our task in 2014 is to carry on building a relevant viable alternative that can inspire and educate our class. We plan to mark our 40th anniversary with a massive conference to discuss all issues facing our party and the Irish working class with the intentions of rejuvenating the struggle for National Liberation and Socialism on the core ideal of the primacy of politics.

2014 marks a significant milestone in the history of one of Ireland’s most revolutionary body’s as it is the centenary year of the formation of Cumman na mBan. Historically the women of Cumann na mBan have played a significant role in every major phase of the Anti-Imperialist struggle in Ireland and more importantly have helped blur the preconceived gender roles that kept women in a strictly logistical role, if a role at all. Along with the women of the ICA, such as Constance Marxievicz, Cumann na mBan has empowered women on this Island to not only face up to society’s oppression of women but to stand against the oppression of the Irish working class by invading Imperialists. Much like the ICA the Republican Socialist Movement, as a Marxist organisation, never separated the genders and proved that in all arenas of struggle women have a major contribution to make. The IRSP and indeed republicanism collectively needs to address the gender imbalance that exists within modern Irish society. We need to use this Cumman na mBan centenary year to focus on breaking down Irish cultural gender barriers. Neither Church nor State should hold any sovereignty over a woman’s body or negatively impact on a woman’s life.

Another key area of struggle which must not be neglected in 2014 is the internal battle within Irish Trade Unionism. The failure of the Irish working class to mount a successful fight back against austerity has to be laid out at the door of the reformist elements within the Irish Congress of Trade Unions. These elements are guilty of the worst type of class collaboration and we believe the only way to oust them is to grow the Republican Socialist presence within the mainstream workers movement. The differences between the various European countries fight backs against austerity can be summed up by looking at how radical each country’s Trade Union movement is. In Spain, Greece and Portugal radical elements within the Trade Union movement took those implementing international capitalisms austerity agenda head on in the streets. In Ireland our reformist Trade Union leadership accepted and actually was culpable in implementing austerity. Republican Socialists need to be more involved in their Unions, join the various Trades Councils and fight internal Trade Union elections for positions of power within their Union and within the ICTU. These are the most important elections Republican Socialists should be fighting in 2014. The conditions for a radical Trade Union movement exist in Ireland, the existing radical element within the main stream workers movement must not be silenced, marginalised or oppressed it must be grown. It’s up to us to create a fighting Union, to bring back the revolutionary spirit of the Irish Transport and General Workers Union and the Irish Citizens Army.

The Ard Comhairle of the Irish Republican Socialist Party not only looks forward to working with our members and supporters in 2014 but all those in Ireland and abroad who fight for National Liberation and Socialism.